Preparing Your Aging Loved Ones for Tornado Season

It was a calm afternoon in early May when the sky suddenly turned dark and ominous.  A thunderstorm was approaching.  The clouds turned green and then yellow and orange and soon began to pile up and converge.  As the sky grew dark and the wind picked up, large hail began to fall.  A tornado was on its way.

Our area will soon be in the severe weather season for tornadoes.  A tornado can occur at any time of the year; however, the peak season for Wisconsin is May through August.  In the northern states the season starts later in June and the southern states are on alert as early as March.  Even if you and your aging loved ones don’t live in states considered to be part of the tornado alley, it is important to have a plan in place in case the weather turns severe.

Warnings
Knowing the difference between the two tornado warnings can help individuals know what steps they need to take to protect themselves.

A Tornado Watch is an indication that tornadoes are possible in and near the watch area.  During a Tornado Watch, people should remain alert for approaching storms and be prepared to move to safety if a warning is issued.  It is a good idea to know which counties are in the watch area by listening to NOOAA Weather Radio All Hazards or a local radio or TV station.

A Tornado Warning is when a tornado has been sighted or indicated by weather radar.  Once a Tornado Warning has been issued it is important to immediately move to a safe place to wait out the storm.  Tuning in to local media to keep informed about the weather is good, but having a plan of action in place in the event of an emergency can mean the difference between life and death.
Tornado Myths
In the case of a tornado, it is often wise to know what not to do.  There are many myths surrounding tornadoes which are commonly accepted as fact by elderly and can lead to making poor choices during an emergency.

Tornadoes don’t come here – It is very common for people to assume that because a tornado hasn’t hit an area before that it cannot happen.  Assuming immunity to tornadoes is a dangerous myth to follow.

I can’t see one – Stepping outside to check the sky after hearing a Tornado Warning may be a natural reaction to the news but don’t assume that just because you cannot see a funnel cloud it isn’t there.  Funnel clouds are often masked in a dropping cloud base and can descend at a moment’s notice.  Rain and hail can be so thick and whipped around by wind that it obscures the tornado itself.   Tornado experts say people should not venture out looking for tornadoes when a Tornado Warning is issued.  At that time the best thing is to immediately seek shelter.

Taking Cover – Contrary to popular belief, the southwest corner of a basement is no safer than any other corner during a tornado.  An interior room in the basement, away from windows with a support structure, like a stairwell, is the best possible place to wait out a storm.  Hiding under a sturdy workbench or heavy table is a good shelter spot. Wearing a bicycle helmet while waiting out the storm is excellent protection from possible flying debris.  If basement shelter is not available, then an interior room on the ground floor, preferably without windows is the next best option.  Taking shelter in a bathtub, covered by a small mattress and blankets, is another option.

Open the windows – Wind blowing the walls in or out is what causes major structural damage during a tornado, not the pressure of the storm on the house.  Taking time to go through the house to open each window instead of immediately getting to a safe shelter space can be dangerous, especially when a Tornado Warning has been issued.

Hide under a highway overpass – When on the road and a Tornado Warning has been issued it is best to stay in the car and driving away from the storm.  Tornadoes generally travel at about 25 mph, but can move up to 60 mph in the spring when storms are more powerful.  Although Tornadoes can change paths, they generally move in the same direction, so outrunning a storm is possible.  If there is no way to avoid a tornado, taking shelter in a low lying ditch is better than getting into a culvert or hiding under a highway overpass.  The wind from the storm can create a tunnel effect and can literally suck people out of their hiding place.

What to do
Prepare for tornado season by making sure your elderly loved one’s home is insured for full replacement value rather than just its market value.  Be sure there is a list of their possessions to prove ownership and value just in case.  It is always wise to have a copy of all important papers safely stowed away in a safe deposit box.  Keeping a list of insurance policies, policy numbers and contact information for the agents is a good idea too.

Practice what to do in the case of emergency with your elderly loved ones.  Go over the different tornado warnings and review the various alarms used locally to warn people about severe weather.  Show your loved ones where to go and what to do in the event of an actual tornado and have them practice getting to their shelter area if a warning is given.  Set them up with a weather radio and show them how to monitor the weather.

Review the Acronym D-U-C-K with your aging loved ones.
D = Get Down to the lowest level in the house.
U = Get Under something. Preferably a stairwell, work bench or heavy table.
C = Cover your head.  Use a bike helmet, a blanket or pillow.
K = Keep in the shelter until the storm has passed. 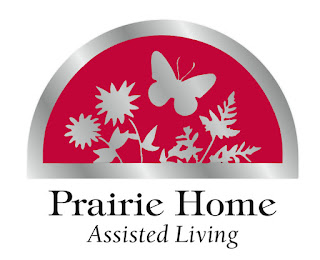 Deb Hintz is Assistant to the Director for HomeAid Health Care. HomeAid provides services for the elderly who wish to remain safe and independent at home.  HomeAid is sister company to Prairie Home Assisted Living which has served the physical, spiritual, mental and health needs of their residents since 1999.  Together the two companies provide comprehensive care for the elderly in the Fox Valley area of Wisconsin.