Charlie was a young boy during WWII and like many of his peers he remembers how it was to make do.  He tended to keep things just in case he might need them down the road.  Yet a lifetime of storing things became something far more than being frugal when his wife passed away.   After Marge’s  death the stuff accumulating around the house grew into more than just piles of clutter.  There were newspapers, old pill bottles, and empty food containers covering every flat surface, heaps of dirty laundry on the bed and floor and no clear path to move from room to room.  Clutter took over Charlie’s home and started to have a negative effect on many aspects of his life.

The hoarding of objects among the elderly is a serious problem.  Piles of hoarded objects can be a sign of a serious cognitive disorder and present a safety concern which requires immediate intervention.

Hoarding as a disorder
We all keep things.  For some, the item has sentimental value and for others it is about a possible need in the future, but often times the elderly keep things because they suffer from a cognitive disorder.  Diogenes Syndrome is a type of obsessive-compulsive disorder which is prevalent among the elderly.  It often presents itself in those suffering from dementia or frontal lobe impairment.  According to the American Geriatrics Society, Diogenes Syndrome is usually characterized by extreme self-neglect, household squalor, social withdrawal, apathy, compulsive hoarding of rubbish and a lack of shame.  This syndrome is usually found in people who lack social interaction and cognitive stimulation, have suffered a traumatic event or have a genetic predisposition to the condition. The elderly are prime candidates for hoarding prevalent in Diogenes syndrome.

Those who suffer from elderly hoarding tend to use their possessions as a coping mechanism.  The onset of this condition can be triggered by an emotional trauma, like the death of a spouse.  The elderly person has a hard time dealing with their loss and so fixates on something they can control.  The disorder is also associated with those suffering from fear of loss, anxiety and depression.  In some cases hoarders just don’t know how to get rid of their unwanted possessions.  In other cases the collected items are kept out of sense of loyalty to the past or a compelling need to conserve.  No matter what is the underlying cause of hoarding, the accumulation of things over time combined with the daily bombardment of junk mail, bills, newspapers, dirty dishes and laundry can very easily become too overwhelming for the elderly to deal with.

Risks of Hoarding
Having clutter around the house is risky for the elderly. Piles of newspaper and old books not only represent a potential fall risk but can add fuel to a fire.  Old clothes lying about on the floor invite damp, mold and mildew into the home.  Dirty dishes and expired food in the cupboard lure mice, rats and insects.  Piles of mail could hide important documents, unpaid bills or checks that need to go to the bank.
Hoarding not only creates anxiety, stress, guilt and embarrassment for the elderly but often destroys relationships with family members.  Adult children have a hard time trying to convince their elderly loved ones to allow them to sort through things and throw the junk away.  Relationships are strained and isolation becomes more of an issue when family stays away due to the unhygienic state of the home.

What to watch for
Sometimes it is hard to recognize and label the problem as Diogenes syndrome.  Since confronting this issue can be difficult for family members, it is helpful to know what signs indicate a real problem.


Helping an elderly loved one who is struggling with hoarding requires a lot of patience.  Bombarding the home with a ‘get this done today’ attitude or secretly clearing out things behind the hoarder’s back can only aggravate the stress in their lives.  It is important to remember that the house didn’t get this way because of poor housekeeping skills.  A hoarder is suffering from a disorder and needs emotional help before they are ready to toss anything.

What to do to help
Experts suggest taking on small areas at a time.  Help an elderly loved one clear off a table and then praise the results.  Suggest donating items to a local charity or thrift shop.  Remind that safety in the home is important to being able to remain independent at home.  Work out an agreement of not keeping unused things for more than 6 months.  Clutter is about control and hoarders have a hard time letting things go, but allowing them to decide where things go can be very helpful.  Don’t think that once the house is clean, the problem has gone away.  Hoarders will continue keeping things and the place will slowly fill up again unless the underlying emotional issues are dealt with and there is practical help in keeping the clutter at bay. 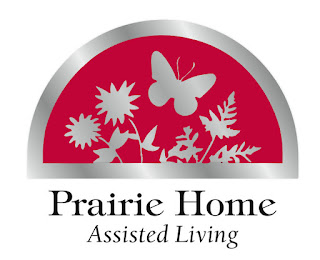 Kate McCarthy is Director of Operations for HomeAid Health Care which provides services for the elderly who wish to remain safe and independent at home.  HomeAid is sister company to Prairie Home Assisted Living which has served the physical, spiritual, mental and health needs of their residents since 1999.  Together the two companies provide comprehensive care for the elderly in the Fox Valley area of Wisconsin.